It even works, hi to lo-fi 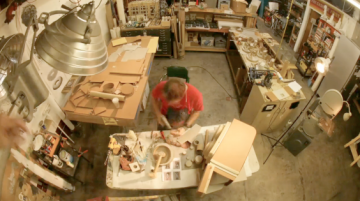 Make things big: size definitely matters amongst the cardboarding community :-). This Giant Cardboard Camera isn’t only beautiful, it also works! Kiel Johnson’s cardboard sculpture of a twin lens reflex camera is made strictly from cardboard, hot glue, and tape. You can find some pictures that are made with the camera on the site of Kiel Johnson, he has some SERIOUS cardboard skills. 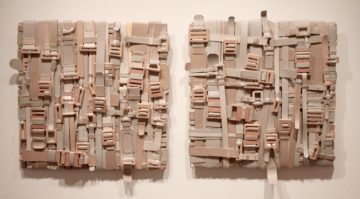 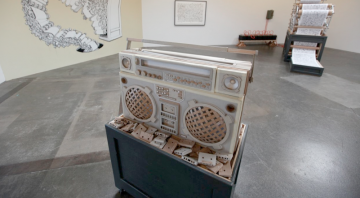 Normally I really don’t care for realism (some artists out there just try to copy reality in to cardboard, now why would you want to do that?). But Kiel Johnsons work has a sort of graffiti feel to it. It looks fast, forceful and playful even though you feel he probably works his fingers to the bone to make these things! After a while every cardboardista makes a robot. I think it’s because cardboard is box shaped most of the times, and robots are too. Kiel Johnson: “There’s just something about seeing yourself and a machine combined to a robot”. 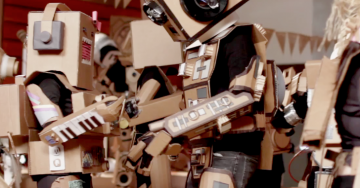 The cardboard camera movie is filmed by Theo Jemison. Who also made the little gem underneath. This work reminds me of the film Science of Sleep by Michel Gondry. The quality of this picture is breathtaking. He uses all sorts of lenses and the movie is shot with the canon 5d. Using high tech camera’s to film how a extremely low tech camera is made. It’s complicated 🙂