3D Model to 3D Cardboard with the lasercutter

We couldn’t wait to get our hands on a few of the techniques some cardboarders out there work with. Especially using the lasercutter and Pepakura were causing some excitement in our little workshop in Amsterdam. A few weeks ago I (Mathijs) was asked to make something sculptural for an exhibition in Hellendoorn (a small village in the east of the Netherlands). A perfect opportunity for us to head of to the FabLab and get busy with their laser cutter! There are a few FabLabs in the Netherlands, we went to the one in Utrecht (called ProtoSpace). I’ll try not to be too nerdy but this post will have some light 3d-software lingo: so bear with me.

The first thing I tried was a human head made out of massive cardboard. I just grabbed a standard model from Cinema4d, cut off it’s head and sliced the head in separate planes using a Boolean operation and a stack of planes.

So next steps: turn on sketch and toon and export to illustrator, and after some tweaking (I even had to use Flash somewhere along the way to clean up the paths #gottoloveflash) and ended up with something like this.
I added some numbers to be sure I’d recognize the parts after cutting it. After that it was off to the laser cutter and 3 hours later it was finished!

In making the cardboard layered wolf we followed roughly the same process, though we used Autodesk’s 3ds Max for the modelling. Just too see if it was easier actually. But it wasn’t. Max has the advantage that it can render to vectors more immediately, but you have to transform all planes to splines first. 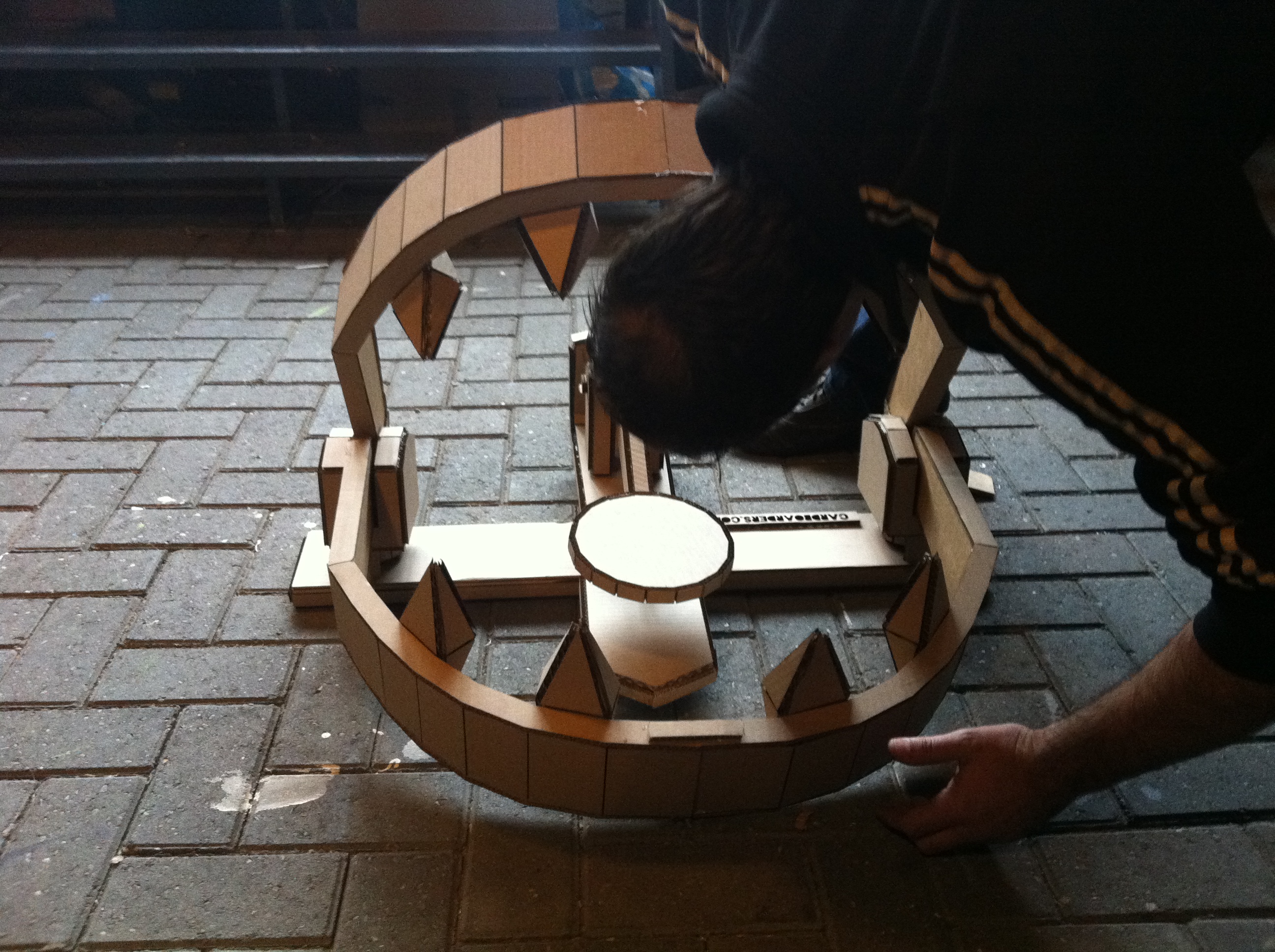 Want something made out of cardboard?

We can help you make unique pieces!
YEAH TELL ME MORE!
THE FLAT BOX Cardboard Forests