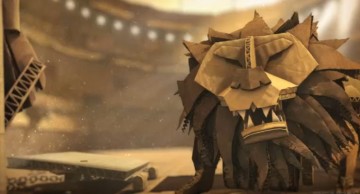 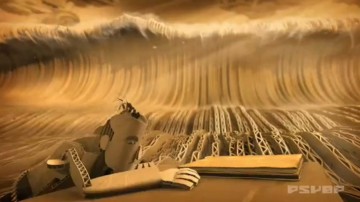 Sometimes I wish for a slowmotion button in Youtube and Vimeo… Some animation are worth looking at frame by frame. Psyop is one of the big names in animation. They are well known for big commercial projects that bring back the Awwww in awesome. They make computer generated animations without the “cgi-feel”. This is about the series of animations they made for UPS using cardboard as the main material. To give it the real cardboard look and feel they needed to reproduce cardboard in 3d. They didn’t only want to deal with the texture but also with all other properties of cardboard: how it tears, what the edges look like, the flexibility of it. This results in a 3d movies that sometimes makes you think that you’re watching stopmotion footage of cardboard figures! There’s a great interview on Motiongrapher by Brandon Lori with Technical Director and Project Lead Tony Barbieri.
“From the start Eben Mears, our director, wanted the spot to look like it was created with miniatures. With that in mind I wanted to rig the characters in a very believable manner, to really emphasis the possibility of them being “real”. To do that, we had to build the characters in a way that they would be built if were we were going to actually create real miniatures.”

Another fun fact: they used flash (which happens to be my favorite animation tool) for the crowds in the Gladiator scene… Makes me feel like less of a looser that even people like that still use flash 🙂

It even works, hi to lo-fi A Call to Arms